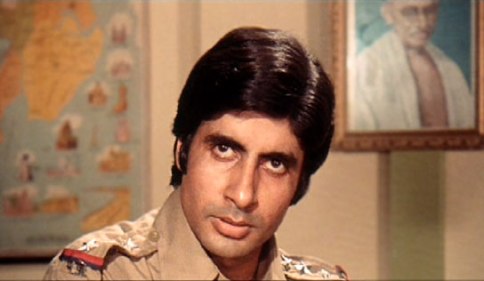 The angry young man phenomenon that emerged out of the tentative screenplays of writers Salim-Javed (Salim Khan and Javed Akhtar) in the 1970s was in part shaped by the Indian Emergency declared by Indira Gandhi that lasted between 75 and 77 yet predominately the origins of Amitabh Bachchan’s often repeated ‘Vijay’ persona was ideologically conflated with the anti-hero of the forties and Indian mythology. In Zanjeer, similarly like many of the angry young man films of the 70s that featured Amitabh Bachchan what remains strikingly magnified today is the exemplary quality of screenplays produced by Salim-Javed. Their work reached its epoch in Shakti that paired Dilip Kumar with Amitabh Bachchan, exhausting many of their creative ideas whilst leaving open the potential of continually reinventing the angry young persona for Indian cinema’s most culturally iconic of film stars. Watching Zanjeer today, it has been transformed through postmodern homage and imitation into a kitsch cinematic catalogue of star persona’s, social anxieties and zeitgeist hyperbole.

The ultimate pleasure it offers an audience is situated in a nostalgic yearning for the masala cinema of the seventies. If Zanjeer was a revenge film and Shakti a film about father and son then Deewar’s rags to riches narrative seemed to be the one that offered the most visceral and provocative ideological connection with the state of Indian society; Deewar features perhaps the most realised of the Vijay persona’s as it succeeds in blurring the line between fiction and reality. However, upon its release Zanjeer may have been declared as groundbreaking in terms of the mainstream but the melodramatic gestures makes one firmly position this as a film that grasps traditions. The radicalism may have been in the volatile persona of Amitabh’s Vijay but around him, traditional forces constantly remind us that in the midst of such cynicism, an impulse to recognise the vitality of popular genres is what makes much of the work of Salim-Javed so instrumental to mainstream Indian cinema. 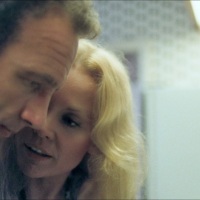