Alaap was released in 1977 when Amitabh Bachchan’s stardom was at its peak. It has often been said that the films he made with Hrishikesh Mukherjee saw a more restrained side to Amitabh. In the film Alok (Amitabh Bachchan) wants to become a classically trained singer but Prasad (Om Prakash) his orthodox father regards the musical profession as derisory and instructs Alok to follow his lead and become a lawyer. Alok rebels and a bitter conflict emerges between father and son that results in a tragic conclusion. Sons defying their fathers tapped into a number of prevalent social issues; the generation gap, youth rebellion and iconoclasm. The Salim-Javed scripted Shakti (1982) lifts a number of ideas from Alaap and reworks them with a bigger cast. Director Hrishikesh Mukherjee starts deceptively as the focus is clearly on music in the opening but as Prasad begins to sabotage his son’s dreams, the musical aspects become perfunctory while conventions of the social melodrama take over much of the narrative trajectory. There a number of elements of the film including Rekha’s character which are ornamental as they are not given room to develop and at times distract from the central story. The characters in Shakti are much more clearly defined and have a complexity to them that is absent from the peripheral characters in Alaap. Nonetheless, Amitabh’s performance is one of his best as the character of Alok brings together Dilip Kumar’s tragic persona with the social indignation of Raj Kapoor.

In terms of the angry young man films of the 1970s, Alok’s anger is visible but it is controlled and much of the anger is directed to cultural traditions (in particular class) rather than the state. Ideologically, Alaap is an optimistic film that argues reconciliation is essential if family is to continue as the ideological centre of Indian society. Given Amitabh’s bankability at the time, it does seem a little strange that Alaap failed at the Indian box office. The key to Alaap is a sequence that occurs towards the end of the film in which father and son are unexpectedly brought together. It is night. Alok picks up a passenger in the horse-carriage which has become his livelihood. The passenger turns out to be his father. Alok pulls up outside his family home and when his father gets out giving him the fare for the journey, he discovers it is Alok. As they engage in conversation, the performances at first reveal an estrangement but a closer look at Amitabh and Prakash’s tone of voice, body language and positioning within the shots points to a repressed longing for reconciliation. It is an expertly directed sequence that demonstrates the emotional power of the Hindi social melodrama. You can watch Alaap for free online (officially posted by the Shemaroo DVD label) with full English subtitles. Here is the direct link to the aforementioned sequence: http://youtu.be/_2sZ9nDBNCY?t=1h41m48s 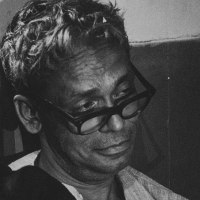