Shaitan is a mischievous film with a mischievous title. The anarchic content certainly lives up to such claims of youthful mischief but it is a mischief that turns into a tale of contemporary middle class guilt, corruption and murder. The film starts confidently enough with sequences of real visual energy and creativity. By initially taking a deconstructive approach to narrative and genre, the film appears resoundingly iconoclastic and very contemporary in its design. However, Shaitan is a film that self-destructs as the narrative of a fake kidnapping unfolds, gradually descending into a pantomime of relatively familiar cinematic tropes. I completely lost interest in the final third and could not care less of the outcome for the characters. However, unlike Peepli Live which is marred by a dependency on the spoken word, what really makes Shaitan stand out amongst the recent crowd of Indian multiplex films is director Bejoy Nambiar’s attempts to innovate conventional visual language through a prism of distinctive flourishes with the camera. Shaitan is arguably yet another multiplex multi protagonist film and although the film’s stylised visuals may point to something new, a closer look reveals some recognisable features including the jaded cop archetype. The film’s wayward narrative trajectory is more than compensated by the hedonistic camera and hyper kinetic editing style that jumps schizophrenically through the urban spaces. If one were to compare Shaitan to the current crop of Hindi films then based on one sequence alone it would surely be at the top of the list, and this is why: 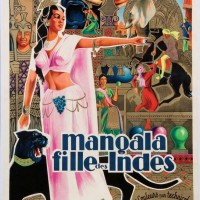