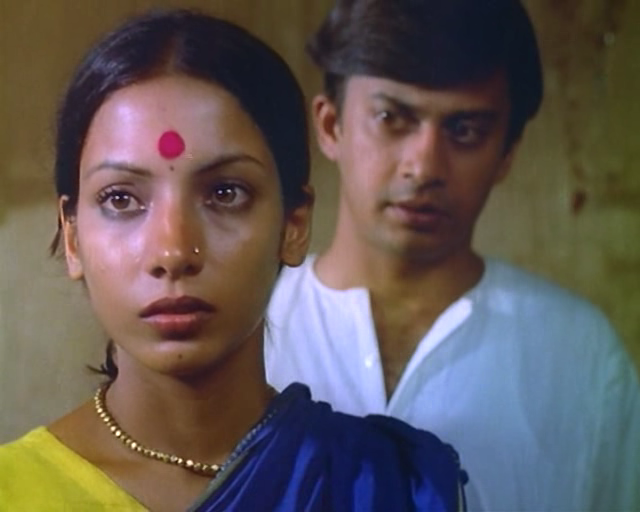 There is a general consensus that Indian Parallel Cinema officially started in 1969 with the triptych of Bhuvan Shome, Uski Roti and Sara Akash. In 1968 B.K. Karanjia, former editor of Filmfare, was appointed chairman of the FFC. Prior to Karanjia’s appointment, the FFC, reluctant to support new cinema had been criticised for its support of successful realist filmmakers like Satyajit Ray. Under the ‘enlightened chairmanship’ (Vasudev, 1986: 34) of Karanjia, the FFC softened its stance, adopting a new formula: ‘low budget films, talented new filmmakers, Indian stories’ (2005: 194). The new criteria would become official in 1971. B.K. Karanjia’s initial chairmanship lasted seven years (1969 – 1975), approving the financing of thirty-six films and ‘between them they won twenty-one national and international awards’ (2005: 197) resulting in a cultural prestige for the state. Indira Gandhi’s re-commitment to a state sponsored cinema was initially a response to both the initial failure of the FFC since ‘no returns were coming in from the 30 odd films that had been financed since its inception seven years earlier’ (Vasudev, 1995: 157) and the proclamation of a New Cinema manifesto by Arun Kaul and Mrinal Sen in 1968. It is the foundational or developmental phase of Indian Parallel Cinema that lasted up until the Emergency in 1975 that arguably saw the inauguration of Parallel Cinema as a film movement. It is here we also find perhaps Parallel Cinema as its most creative, experimental and polarizing.

Since so much of Indian cinema is only gradually being made available, thereby making the processes of canonization a revisionist one: ‘a film cannot be canonized unless it is seen frequently, continuously and over a sustained period of time’ (Lupo citing Donato Totaro, 2011: 225). Indian cinema has not been canonized to the extent American or French films have been in the West. Although this may at first appear welcoming because canons are elitist and discriminatory, they are also a fundamental necessity in determining which films are worthy of closer study and wider circulation. In her 1985 essay ‘The Politics of Film Canons’, Janet Staiger argued we need ‘to reconsider the criteria that we use for evaluation and the process of evaluation itself’ (Staiger, 1985: 14), a point that Dudley Andrew agreed with: ‘an obligation falls on every socially responsible academic to push towards a correct rewriting of the canon’ (Andrew, 1985: 56). This push to rewrite the canon of Indian cinema as a whole has been forthcoming from the internet. Like YouTube, open platform software has broadened notions of Indian cinephilia, adopting a scholarly approach to digital curation, drawing on the expertise of cinephiles, scholars and film buffs to holistically and inclusively narrate the history of Indian cinema. Indiancine.ma, an online archive of Indian cinema, ‘a resource for film scholars and enthusiasts in India and beyond’, is a project based on the Encyclopaedia of Indian Cinema edited by Ashish Rajadhyaksha and Paul Willemen. Indiancine.ma is documenting significant phases in Indian film history with annotated sections on Bombay Talkies, Communist Films, and Indian New Cinema. The exponential collection of Indian films ranging from early silent Phalke films to Keralan cinema showcases the astonishing output of Indian cinema. Indiancine.ma’s canon on Parallel Cinema which they title ‘Indian New Cinema’ is a comprehensive undertaking and is one I have used as a starting point for my own attempt to rewrite the canon.

Contentiously I have decided to also include films made within the Bombay film industry to not only suggest the wider impact of Parallel Cinema but also how new experiments with film was happening at the same time and across many regions and industries. In some cases, I have decided to include films such as Anand largely because of the authorial claim and significance of directors such as Hrishikesh Mukherjee who occupy the territory of Middle Cinema, an altogether fuzzy category that one could certainly argue extends out from Parallel Cinema and really comes to prominence 1973 onwards, after the success of Benegal’s Ankur, one of the first privately financed Parallel Cinema films to achieve commercial success on par with earlier films like Sen’s Bhuvan Shome. Rajadhyaksha and Willemen note Maya Darpan (1972) was an early high point for Parallel Cinema: ‘Shahani’s extraordinary but controversial debut feature marks both the culmination and the end of the brief NFDC-sponsored renewal of Indian cinema’ (Rajadhyaksha & Willemen, 413). I would disagree though. While Maya Darpan is a key film in the developmental phase of Parallel Cinema, I can understand why Rajadhyaksha & Willemen would argue it is a culmination. Up to 1972, 27 films had been made, not all were released though, many with the involvement of the FFC. Whether the limits of experimentation had been reached within that short timeframe is debatable but what does make sense is the way film movements happen fleetingly, are rarely ever sustained over a long period. And certainly framing Parallel Cinema as a movement lasting between 1968 to 1972 has some logic to it in the wider international understanding of film movements.

Nonetheless, I would argue differently. Indian Parallel Cinema was unlike any other film movement since it was nurtured and supported by the state. And it was not until the mid 1970s with the Emergency and the rewriting of the FFC criteria did Parallel Cinema mutate and transform. It is contentious Parallel Cinema was more or less dead by the mid 1980s, largely because of the emergence of television and Doordarshan. But since the NFDC supported independent, alternative cinema in India well into the 1990s complicates the chronology of Parallel Cinema further. As I will argue in later posts, perhaps the decisive factor for me in helping to determine the demise of Parallel Cinema was the radical political and economic shifts that took place in the early to mid 1990s particularly with the rise of Hindu nationalism and the conceptualization of Bollywood as global entity.

The danger of canonizing Parallel Cinema is essentialism, reducing a plurality to one giant cinematic epilogue. Historian Oswald Spengler has argued that history should be seen as organic. There are lots of branches representing different, competing voices. Although a film canon of this nature can be reductive in moving away from this very notion posited by Spengler, I would suggest a canon can also offer a cursory roadmap to the vast extents and riches of Parallel Cinema. Furthermore, what the canon allows us to see, from a distance, is the different regional streams, intervening and conversing with each other, attempting to reshape the very language of cinema in India. Once could just as easily make the case for Bengali Parallel Cinema or Keralan Parallel Cinema. But, primarily, canonizing Parallel Cinema contests the legitimacy and hegemonic ways in which a history of Indian cinema has been written about, challenging a linear historiography which has often been dominated by popular Hindi cinema (namely Bollywood) and pointing to the numerous innovative diversions Indian cinema has taken along the way. Indian Parallel Cinema smashed the centre, politically and aesthetically, and what this canon demonstrates is the birth of a postcolonial cultural engagement and history in which narratives were told from below, thereby, for instance, reshaping parochial constructions of gender.

Here is the first part of a canon on Indian Parallel Cinema:

Many of these films are available on DVD/YouTube, etc. but generally the quality of the prints vary and so does the subtitling. Indiancine.ma is an excellent source for many of these films and they are continually adding new films with far superior subtitling. The long term utopian goal is to try and convince home video distributors to begin making these films available in more adequate releases/formats.