Dormant for a long time, the Pakistani film industry is going through a number of changes which may lead to some hope of economic and artistic resuscitation. The history of Pakistani cinema since partition has been a disappointing one and the crisis it has faced in terms of funding, distribution and exhibition seems to mirror that of the successive governments which have categorically failed to invest in arts and culture. Whilst a successful and progressive theatre tradition has been maintained in Karachi and many of the other major cities, cinema and most of the arts have been treated with suspicion and scorn by religious groups. The period lasting 1998 to 2002 has been referred to as the collapse of the Pakistani film industry, a statement that seems quite true given President Zia’s infamously regressive policies. Ironically, Musharraf’s notoriously pro American reign as President, lasting between 2001 and 2008, inadvertently opened the doors to privatisation and for a freer media with the emergence of new television networks including most notably GEO TV and ARY Digital, both of which are available in the UK and cater to the Pakistani Diaspora.

Yet again it might be too early to suggest that we are seeing the beginning of new dawn in Pakistani cinema. However, with the recent release of films such as Mehreen Jabbar’s critically acclaimed Ramchand Pakistani which I have talked about in a previous post, Pakistan’s first slacker film Slackistan and Shoaib Mansoor’s Khuda Kay Liye, Pakistani cinema is attempting to reconstruct itself. A number of recent factors have helped emerging film makers to get funding and also engage with relevant political and social issues. Perhaps most importantly, television continues to provide a fertile training ground for new directors. Both Shoaib Mansoor and Mehreen Jabbar started out in the television drama series format before venturing into feature film making. Mehreen Jabaar is perhaps Pakistani television’s most distinct director and together with regular script collaborator Umaira Ahmed they have used the drama serial to address the concerns of Pakistani women from both the underclass and the middle classes. GEO TV, which is based in Karachi, not only helped to distribute Jabbar’s directorial debut but also directly financed Khuda Kay Liye. Similarly like in the UK in which the BBC and Channel Four are involved in supporting the British film industry, a similar pattern of funding and distribution seems to be emerging in Pakistan. Hopefully more of the Pakistani TV networks including ARY and HUM will also begin investing in films as it has also proved to be commercially lucrative as was the case with Khuda Kay Liye. 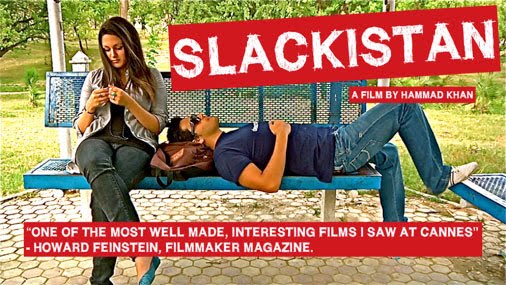 Another explanation for this shift in the industry might also be traced to the growing investment in training and courses for film makers in Pakistan. Film education is virtually non existent in Pakistan but the establishment of the country’s first film school in Karachi, the South Asian Academy of Motion Picture Arts and Television (SAAMPT), offering a range of film making courses points to a positive step in the right direction for elevating the cultural status of film as a whole. Additionally, some of the major universities in Pakistan also offer film making courses and director Shoaib Mansoor’s next film Bol which releases in January 2011 was completed with the help of students from Lahore’s National College of Arts which has its own film making department. Perhaps more importantly, the number of screens in Pakistan has always been on the decline but a programme is underway by Cinepax of investment into new multiplex cinemas in many of the major cities. This of course is going to be absolutely essential to nurturing a viable indigenous film industry, giving home grown films a chance to find an audience. The lifting of the ban on the exhibition of Indian films, the most idiotic and regressive of impositions by the Pakistani government meant a film like Khuda Kay Liye was able to be shown in India and Pakistan at the same time.

Released in 2007, Khuda Kay Liye is a post 9-11 film that focuses on three major narrative arcs. The first deals with the story of Mary, a British Pakistani girl, who is taken by her father under false pretences to Pakistan and forced to marry a young Pakistani man who turns out to be a religious fundamentalist. Mary hopes to marry Dave, a British student whom she has fallen in love but her father disapproves. The bitter irony is that Mary’s father is married to a British woman and yet cannot show any understanding for his own daughter as he feels they would be ostracised from the Pakistani community. This turns out to be a pretty feeble excuse for her father’s attempts to repress what emerge as regressive patriarchal attitudes.

Mary’s story is intertwined with that of Sarmad who lives in Pakistan, most probably Karachi or Lahore. Sarmad is in a band with his older brother Mansoor (Shaan) who forms the third narrative arc. Sarmad’s journey is perhaps the most interesting and political of the three as we witness his slow indoctrination into the ranks of the Taliban in Afghanistan. Blinded by his own religious beliefs, Sarmad is misled by a corrupting Mullah and leaves to fight in Afghanistan for the Taliban. By the end of his journey, Sarmad realises that his religious beliefs do not necessarily have to be translated in terms of a modern jihad and that his faith is purer than those fundamentalists around him who merely want to use Islam as a political platform for contesting power.

The final story focuses on Sarmad’s older brother Mansoor who leaves to study music in America. Mansoor, played by Pakistani superstar Shaan, falls in love with an American girl and as they grow intimate, the cataclysmic events of 9-11 throws a shadow of doubt over Mansoor’s presence in America. Accused of terrorism, Mansoor is illegally detained and tortured until he is left with brain damage. In the end, Mary takes her case of patriarchal and religious exploitation to the Pakistani courts and scores a victory for British Pakistani girls who are regularly made victims by tradition. In the final court sequences, Indian actor Naseeruddin Shah shows up in a minor yet significant role as a wise Islamic scholar who berates Pakistani society and especially those who misinterpret the Quran for altruistic ends.

Whilst director Shoaib Mansoor uses songs, they are effectively placed within the narrative. Most of the direction was surprisingly restrained for a Pakistani film and the virtual absence of histrionics made me appreciate the film’s honesty even more when dealing with such prescient issues such as terrorism, fundamentalism, women’s rights and the Diaspora. Technically, the film is well made with some strong cinematography throughout and the performances are excellent particularly from Pakistani actors Fawad Khan as Sarmad and Shaan as Mansoor. This is probably one of the best films I have seen to come out of Pakistan and compared to the atrocious and embarrassing bandit films that seemed to dominate Pakistani cinema for a long time, Khuda Kay Liye proves it is very possible and achievable for film makers in Pakistan to engage with the issues of their age and do so with some integrity. On its release, Mansoor’s film created a storm of controversy in Pakistan with many of the religious groups calling for an outright ban and deeming it blasphemous. However, this only seemed to help the film find a sizable audience, making it a commercial success in both India and Pakistan. On a final note, it is encouraging to see film makers from Pakistan like Shoaib Mansoor and Mehreen Jabbar taking on those issues like religious fundamentalism which are usually being misrepresented in western cinema especially Hollywood films. It is the only way in which the cinematic discourse on Islamic representations can be contested and perhaps challenged in many respects, reconstructing ideology from a South Asian perspective.