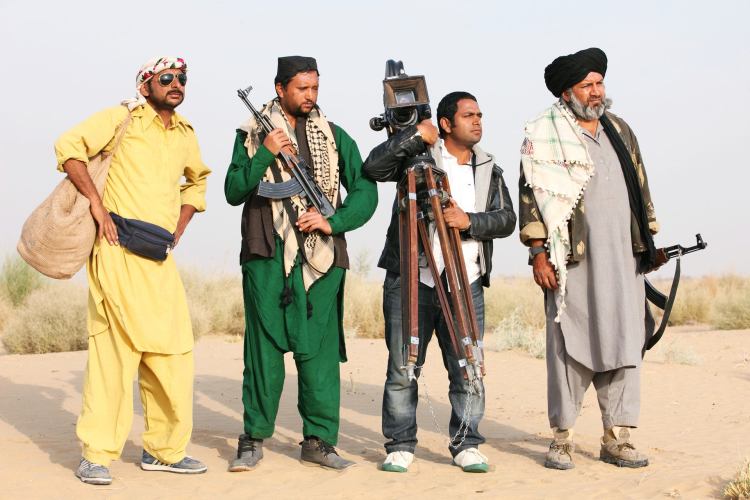 There is a moment in Filmistaan that finds Bollywood film buff Sunny held captive by a Taliban inspired terrorist group in a Pakistani border village. It is Bollywood night in the village and local film pirate Aftaab is screening ‘Maine Pyar Kiya’ to an audience of excited kids and adults. The village is rapt by the images on the small television set. Sunny, who has tried but failed to escape earlier in the day, is under armed guard and imprisoned in a small room. As the film plays, Sunny instantly recognises the sounds of a Bollywood classic, and speedily begins to pre-emit the dialogue, reciting many of the famous lines and recreating the gestures with the zeal of a true Bollywood fan. Sunny pleads with the terrorists to let him out so he can watch the rest of the film. They do so. At a crucial point in the film, and since this is a pirated copy, the sound cuts out and a vital piece of dialogue is missed that could be key to the narrative outcome. Aftaab tries repeatedly to replay the moment but the sound still cuts out. Luckily, Sunny, having seen the film countless times, remembers the dialogue, and re-enacts the moment for the pleasure of the village. They all rejoice and continue watching the rest of the film. In this beautifully judged sequence, juxtaposing a surfeit of vatic social-political ideologies including terrorism and national identity, cinema emerges as the true leveller, wiping away notions of borders and belongings that divide and propagate a perpetual enmity; Bollywood intervenes, imagining a new space in which the homeland is a singular, escapist entity. Nitin Kakkar’s directorial debut is a smartly honed satire that reiterates yet again the vibrancy and intelligence of the current wave of new independent films. Filmistaan received the National Film Award for Best Feature Film in 2013 and critics in India have uniformly praised the film. Filmistaan could be grouped in a cycle of contemporary Indo-Pak border films such as Ramchand Pakistani (2008) and Kya Dilli Kya Lahore (2014) that question the legitimacy of partition and raise further concerns to do with nationhood, history and film. 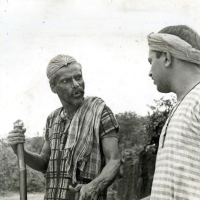 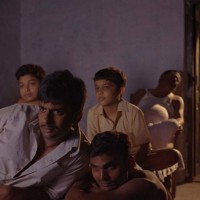 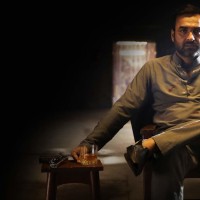