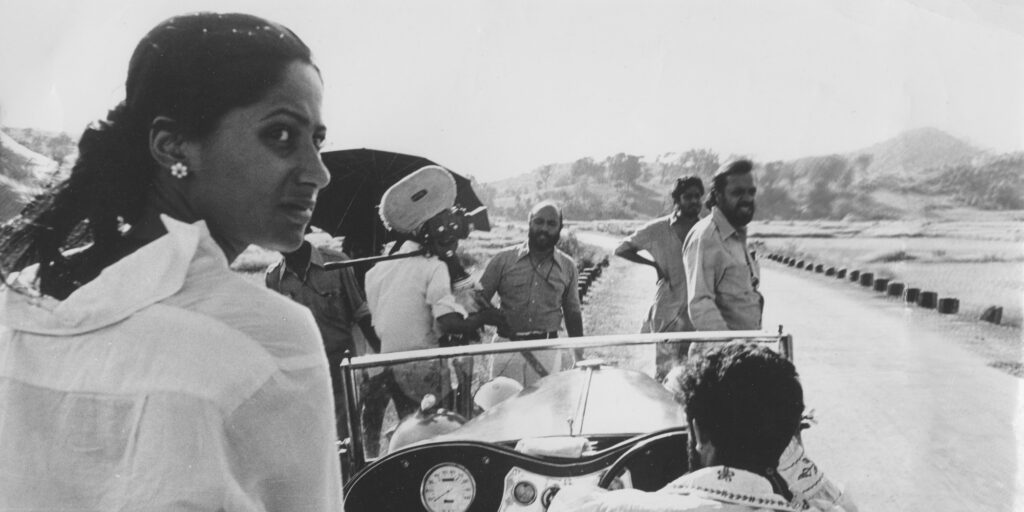 The new strand on Indian Parallel Cinema that I have co-curated with Cecilia Cenciarelli and Shivendra Dungarpur showcases some of the best examples of the early years of Parallel Cinema, which we have titled ‘The Foundational Years’ (69 – 76). This eclectic strand with a strong regional slant looks back at the significance of Parallel Cinema in the broader historical context of alternative Indian Cinema but more importantly attempts to reclaim and reassert the rich creative achievements in the wider cine-geography of the late sixties and early seventies of global film where we saw a concerted shift in terms of aesthetics, form and style. The last ten years has seen an increasing number of Parallel Cinema films being made available for the first time in restored prints; a boon for film preservation and research. However, just as many films still remain out of reach whereby the process of recovery and restoration is likely to be a gradual one and will continue to be dictated by various economic and political factors.

In the past the public screening of Parallel Cinema was achieved through television such as Doordarshan, film societies/collectives and also film studies/educational courses. And in the 1980s, there were major retrospectives of Parallel Cinema that toured internationally, with two prominent programmes at MoMa in New York and the National Theatre in London. Sadly, after the decline of Parallel Cinema in the mid 1990s, many of these films were simply forgotten about and the original prints either disappeared, languished or were lost. We have arguably been playing catch up ever since. The absence of Parallel Cinema from the narrow, Anglo-centric discourse in which film history is taught and discussed in wider film circles is not simply about cultural and historical ignorance but can also be attributed to the ways in which so many of these films have never been programmed publicly outside of India in retrospectives or seasons. Some of this is down to the role of film programmers and curators but some of it is also because of the lack of access, logistics and expensive costs involved in trying to programme or curate alternative Indian cinema particularly outside of India, something that I have witnessed at a distance co-curating the Parallel Cinema season for Il Cinema Ritrovato. It is rare that Parallel Cinema films are screened publicly in their original physical prints which makes this retrospective altogether unique and special for film audiences.

This strand at Bologna is one of the first of its kind in Europe for a long time, and will help to play a part in the on-going process of reclaiming Parallel Cinema and making many of the films accessible to film audiences around the world. The painstaking 4K restoration of Govindan Aravindan’s Kummatty which has been completed in conjunction with Scorsese’s World Cinema Foundation, Film Heritage Foundation and Fondazione Cineteca di Bologna is a deeply encouraging sign of the progress Parallel Cinema is making in terms of garnering the recognition it deserves. It is highly likely that Kummatty will be the first Parallel Cinema film to make the leap to Criterion, and if that does happen, it will be another significant step for the canonisation of Parallel Cinema into the realms of film culture and history, and that could potentially act as a gateway for film audiences who have never come across Parallel Cinema before. The eight films we have curated is merely the tip of the iceberg when it comes to the remarkable thirty-year output of Parallel Cinema which constituted in excess of two hundred and fifty films stretching across many regions and languages.