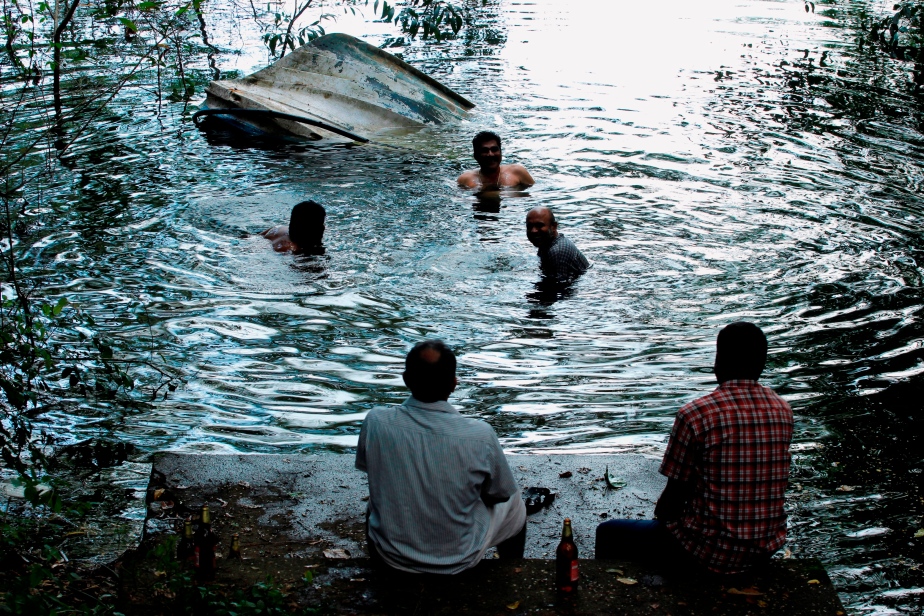 Director Sasidharan’s experimental, anthropological dispositif takes a group of friends, lets them drink, throws them into the jungle, and then steps back with his camera, adopting tableau to frame their cruel, animalistic and casteist behaviour. The effect is unnerving to say the least, made altogether confrontational with the presence of a lower caste woman who prepares a meal for the men and whom becomes a source of ridicule, and later physical abuse. Days and Nights in the Forest, one of Ray’s least appreciated films, is an inspiration for this similarly fortuitous and discordant tale of friendship that culminates in an acutely disturbing consummation. The first half of the film unfolds in a series of master shots and since none of the characters are given a formal introduction in the way of close ups creates a detachment placing upon the spectator the burden of observational study. Sasidharan takes no interest in sustaining plot, preferring to turn his camera on the characters, studying their actions, reactions and interactions as if it was an ethnographic project. What Sasidharan seizes upon is that intricate psychological testing amongst the friends masks a deeper distrust, contempt and antagonism, which rise to the surface in an uncomfortable and ultimately savage way. The ancient game the men agree to play in a drunken haze enacts a hidden social ritual, one that manifests an unconscious, primal longing for power, control and death. 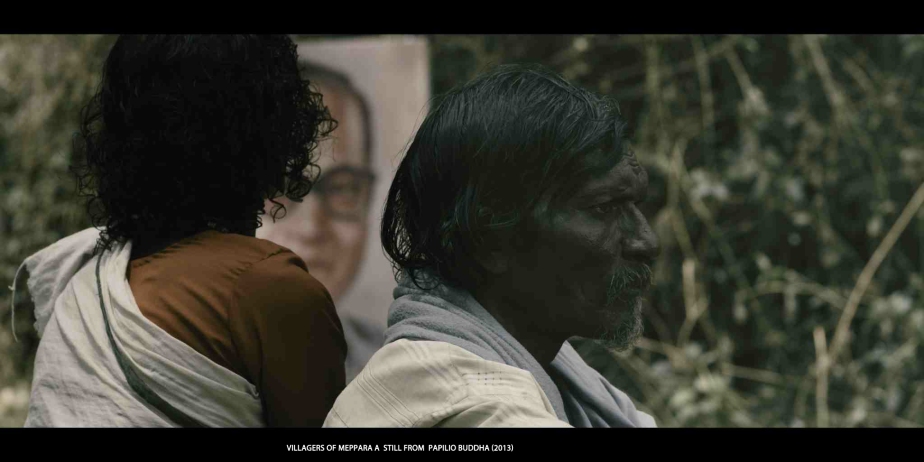 So many voices go unheard in the media. The oppressed, the minorities, those fighting for their very existence are blotted out of history, expunged since they do not fit the dominant narrative being mythologised, one in which Gandhi’s Satyagraha is continually promoted as the egalitarian solution to most of the divisions that still exist in India. Director Jayan Cherian, an experimental documentary filmmaker based in NY, has to be commended for giving a voice to an indigenous Adivasi Dalit settlement in Meppara in Kerala (Cherian’s birth place) who are attempting to hold on to ancestral land, which is being forcibly taken away from them by a government only interested in serving the interests of larger mining companies. Displacement of indigenous tribes from their lands is a narrative that has been unfolding for a long time but arguably very films have dealt with such an issue given its intensely political context. By embracing Buddhism the Dalit tribe align themselves politically with the thinking of B. R. Ambedkar, a key figure in Indian politics who campaigned for an end to caste oppression. Cherian is very critical of neo-Gandhi ideology, arguing the government use such a corrosive philosophy as a means of appeasement. In reality, for any change to come about, then non-violence is meaningless especially when the nation state regularly deploys violent repression as a means of containing dissent.

In one particularly controversial moment, a group of Dalits protesting the provocative march by a government minister through their sacred land as a sign of peace ends with them burning an effigy of Gandhi. Yet Cherian juxtaposes this to the parallel destruction of a photo of Ambedkar. Perhaps the point here is that neither of these two men has an influence left on shaping the perceptions of a struggle that has become more than just caste, now incorporating capitalism, the environment and gender politics. Papilio Buddha was initially denied a certification in India and continues to attract the scorn of the political and religious elite for its unapologetic portrayal of Dalit life. It is a remarkable film since Cherian refuses to limit his observations solely to the Marxist struggle of the Dalits, dealing also with homosexuality and especially gang rape (harrowingly depicted) with a discerning, unflinching gaze. Cherian deals with very troubling realities, much of which is suppressed in the media, summed up with a terrifying clarity in the staggering series of final shots framing a continuous stream of Dalits carrying their belongings with them, forced to leave their homeland, pushed into exile and turned into refugees in their own country.

It’s difficult to place this film; counter cinema, experimental, political and above all a searing filmic protest. 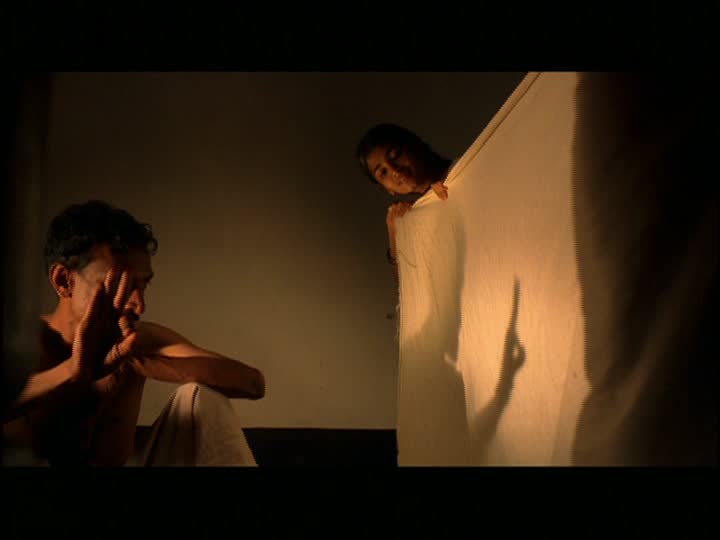 The Bioscope, an early film projector, created by Charles Urban in 1897, is the magical invention that forms the basis for Keralan director K. M. Madhusudhanan’s visually imposing feature. Bioscope explores the suspicions aroused when local man Diwakaran introduces moving pictures to a village. The film portrays the early power of moving images, detailing the elemental clash between tradition and modernity in the context of a colonial India. The Bioscope, a feature of travelling fairgrounds, suggesting the cinema of attractions, is recreated in the inquisitive faces of villagers spellbound by the hand-cranked phantasmagorias projected on a rudimentary white canvas. Madhusudhanan seems acutely hypnotised by this image, the hesitant gaze of the villagers as they watch the films, uncertain how they should react. Juxtaposed to encroaching modernity are the quotidian regularities of village life that depend on rituals. The very idea that photographic technology can capture the essence of life and thereby the soul of an individual is a fear exhibited in the village, positing the Bioscope as a violation of the sacred, disturbing the equilibrium. Such embryonic unease about technology, that film steals the shadows of people and conceals within it the undetermined is extenuated in the death of Diwakaran’s mute wife. Diwakaran’s desire to bring the power of film to the village is gradually challenged and ultimately disrupted by an impossible orthodoxy. Since this is a film about film, the saliently reflexive cinematographic style is articulated by bold, striking visual compositions of spatial imaginings in which the villagers are depicted in synchronity with the pastoral milieu. Madhusudhanan says Bioscope is the first in a trilogy of films dealing specifically with the origins, evolution and impact of film in Kerala. Perhaps most striking are the abstract compositions that linger in our cinematic memories, courtesy of DOP M. J. Radhakrishnan.