James Bond exists in his own unreal universe of preposterous dynamism. Such unrealness cannot compete with the recent demands for realness from a spy franchise which for a time looked outdated when going up against its nearest rivals such as The Bourne films. Skyfall is perhaps the Bond film many of us have been anticipating since its the closest that a director has come to elevating formulaic conventions into the realms of capable mainstream cinema. Both Casino Royale and The Quantum of Solace were recognisably bombastic in their over eager attempts to reinvent the Bond formula. What Skyfall does, especially for the first two acts, is replicate the genre tendencies of the thriller and noir film but does so against a prescient socio-political landscape. Whereas previous Bond films have been greatly concerned with sustaining an illusion of Empire and nationhood, Skyfall refuses to repeat such illusionary politics. Instead, we get a more engaged offering and unflattering depiction of the British secret service and James Bond living in what Silva (Bardem) refers to as ‘the ruins of an empire’. The death of Empire is anchored symbolically in the death of M since Judi Dench’s stoicism is modelled on a combination of The Queen and Churchill. In the film, the threat to Western power and capitalism comes unsurprisingly from China and technology. Not only is Bond depicted as a fragile, ineffectual and aging spy, but the first hour tears down the mythology of Bond and substitutes immortality with an unglamourous consolidation of a man who is simply a cog in an unforgiving system. Bardem’s Silva who appears superficially as a revenge filled narrative device is metaphorically Bin Laden; trained by Western intelligence only to resent his expendable status and thus transforming into an invisible agent of ideological chaos. Even more fascinating is that Silva can be viewed as a mirror image of Bond; little separates the two of them and this makes their contest altogether more complicated than the traditional conflicts we expect from a Bond film.

Silva may want revenge but his transfigurement as a result of M’s betrayal is a costly one for the British establishment as the blowback which they encounter is difficult to defend against without blurring certain moral and political boundaries. Some would say it is sacred territory to venture into the history of James Bond as it invalidates his enigmatic personality. Part of me would agree with such an argument of nostalgia yet by foregrounding his past and by locating the final conflict within a familial context humanises Bond so an ordinariness shines through. It is an ordinariness that is paper thin though and thankfully lasts for only the denouement. Skyfall is certainly the best looking Bond film in a long while and the visually noirish cinematography of Roger Deakins is transparent throughout. In many ways, this is Deakins film. What interested me the most was the contradictory politics at play at the heart of the film. Although it is a progressive Bond film since it critiques Empire, the film’s reflexive ending reclaims a regressiveness that characterised many of the classic Bond films. It is a film that contests an open battle between progressive and regressive ideologies yet at the end by reinstating familiarity, Bond recognises that its endurance as a cultural entity remains with being repetitive and different as a genre. Moody, dynamic and ideological – this is a Bond film with a pulsating heartbeat. It will be a hard act to follow for the next director who signs up for Bond as Mendes may have delivered one of the finest outings to date. 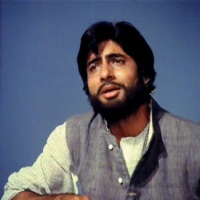