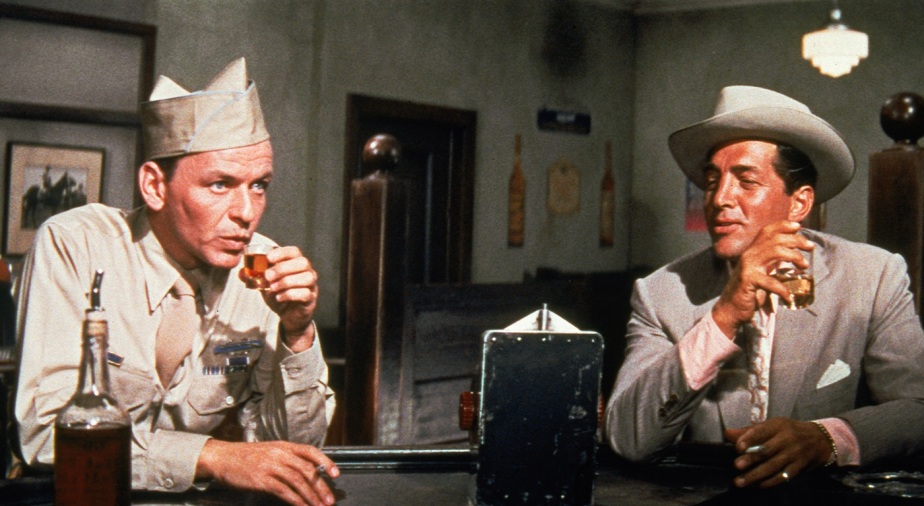 Sinatra sleepwalked through a lot of the films he starred in. His acting could easily be described as blank. Many of his performances bear little finesse, nor are they memorable. Occasionally, Sinatra did deliver but his career was inconsistent and an extension of his fame as a singer. Even his most celebrated performance in The Manchurian Candidate is over rated and so is The Man with the Golden Arm which finds him in the realm of histrionics. Both of these roles demanded so much more from Sinatra than to simply play himself; he tries but comes up short. It was only when Sinatra played himself, understating mannerisms which he consciously ‘performed’, were the results much sharper and impressionable. Sinatra’s most perfect role, a semi throwback to his Oscar winning role (another often over praised performance) in From Here to Eternity, is also his most complex.

Some Came Running, a high end melodrama, by the great studio director Vincent Minnelli, appeared in 1958 at a time when the melodrama form was reaching its zenith in terms of what was possible within such conventional parameters. Minnelli shoots much of the action (sparse that it is) like a musical, counterpointing a film solely made up of three characters talking; Sinatra’s embittered writer, Dean Martin as a drifter and Shirley MacLaine as a naive prostitute? All of these characters have their fair share of hang ups which seem to hold them back in life but what makes this a significant work in Minnelli’s oeuvre and as a studio melodrama is the class politics that gradually rise to the surface, culminating in an unconventionally downbeat ending. I don’t know why I didn’t see the class perspective when I first watched the film. It gets sort of disguised by other vagaries such as Dean Martin’s scene stealing role as a fatalistic card shark who never takes his hat off in case it brings him bad luck.

Is this one of the unhappiest films ever to emerge from the Hollywood studio era? Everyone is living a lie, discontent with the choices they’ve made and trying desperately to find a way out from the suffocation of middle America. Unhappiness seems to be at the very core of this film and Minnelli uses melodrama to attack post war Americana, depicting a town of people trapped in the American dream beginning to come apart at the seams. Think The Last Picture Show (Bogdonavich has talked about the influence of Some Came Running on his own work) as a double bill or even a few years earlier with Nicholas Ray’s Bigger than Life, perhaps the most influential American melodrama after Sirk’s undisputed masterpiece All that Heaven Allows. Disillusionment, despair, divorce and displacement have taken over middle America, symptoms which no longer have to be translated in metaphorical or metonymical terms; they exist openly, creating a disconnect which only a writer such as Dave (Sinatra) has the capacity to acknowledge or critique for its incongruence. Dave fears the trashiness of Ginnie (MacLaine) since her transparency creates a wretched contempt further problematised by Gwen’s class snobbery. Dean Martin only gets a few scenes but proves how underrated of an actor he really was. Essential viewing in terms of 1950s American cinema and another film that deserves a proper UK release on DVD/Blu; a stunning cinemascope film.