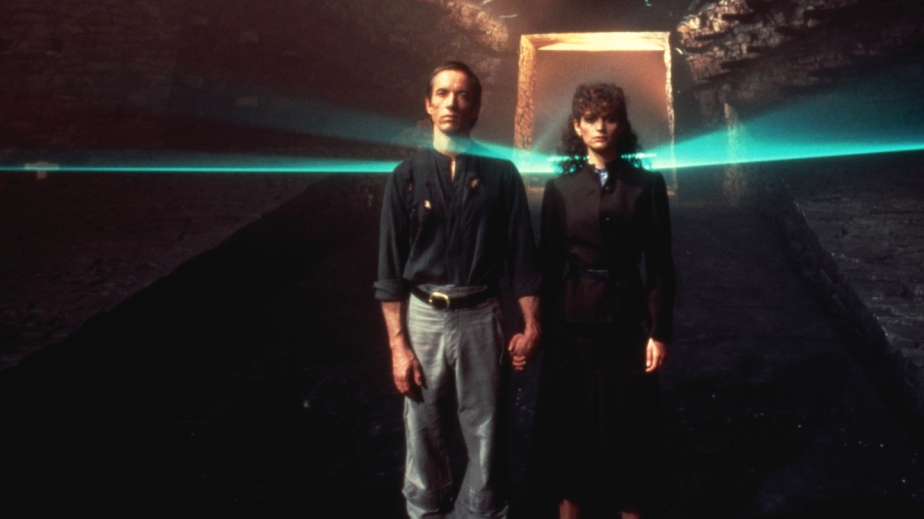 Given Mann’s consolidation as perhaps American cinema’s greatest film auteur does a film like The Keep hold any bearing on his reputation today? What can the film tell us about Mann that we don’t already know? The Keep is the film that Mann has rarely acknowledged. It had a troubled production history and Mann’s original 3 hour plus rough-cut was eventually submitted as a 2-hour version. As a result of negative test screenings, Paramount took to cutting the film down to 96 minutes, all without Mann’s consent. One can certainly reason why Mann has sort of disowned the film. Apparent from the studio cut is the incoherence of the narrative structure and although I would argue logic is not a necessity for a narrative to function and communicate, here one can readily notice sequences have been excised purely for a cruel commercial necessity. This is no way makes the film’s narrative difficult to follow but one wonders at the logic of Mann’s greater narrative design. Nonetheless, The Keep is still an inexplicably mesmeric work as Mann’s cinema has always relied on a taut visual literacy embedded in the bold architectural aesthetics.

Primarily, what makes The Keep a point of fascinating authorial enquiry is the film’s status as a supernatural horror, the only occasion when Mann has ventured into this genre territory (although this complicates Manhunter’s genre status). But horror is only one vagary in a hybrid genre address that also draws on tropes from the war film, the holocaust sub-genre, and the thriller. However, it is the supernatural horror aspects that are resolutely vivid, tapping into a corpus of ancient European mythological folklore manifested in the archetypal signifiers such as the priest, the protector-warrior figure or talisman, the princess, the scientist or boffin and of course the demonic entity and monster. Horror archetypes of this nature offer the film a certain genre logic augmented by an expressionist design. Much more significant in terms of real world ideology is the politics of World War II and the Holocaust which forms the backdrop to the film. However, suspicion abounds if the studio did away with the so-called extraneous narrative material that probably would have helped to draw out a clearer ideological schematic between Jewish historian Dr. Cuza (Ian McKellen) and the Nazis. Instead what we are left with is a sort of crude symbolic tryst that is merely decorative and fails to serve a deeper ideological ferment.

In many ways it is instructive to treat The Keep as resolutely atmospheric work and this is where the film is at most communicative in terms of stylistic explication; Tangerine Dream’s discombobulated score, the tenebrous cinematography by Alex Thomson and the categorically ingenious production design by the altogether legendary John Box (who had also worked on The Sorcerer – Mann’s film feels like the ideal cinematic brethren to Friedkin’s now reclaimed masterpiece), synchronically create an aura of cabalistic dimensions that are played out in the appositely augural ending. I really hoped we would have seen a director’s cut by now but that may never come to fruition given Mann’s more than solid reputation. However, given the cult following The Keep has attracted over the years certainly raises hopes that one day it will be reconstituted but for now we have to be satisfied with reimagining what could have been rather than what is.