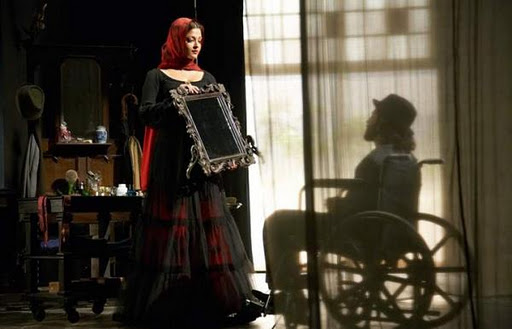 Director Sanjay Leela Bhansali makes extravagant romantic melodramas that take place in an alternate heightened reality. With Guzaarish, mainstream Hindi cinema takes on the much debated issue of euthanasia but unfortunately Bhansali’s efforts come undone by an unconvincing story, hyperbolic performances from the main leads and an overworked production design. Bhansali’s fondness for romance recalls the tragic melodramas of old Indian cinema and although his visual mastery of the frame is impressive, his films including this one always disappoint largely because the script, pacing and performances are at odds with the central idea or concept. Bhansali is a commercially oriented mainstream film maker and his films regularly sweep the major award ceremonies in the Indian film calendar. He is a much adored figure in the industry and most of the major stars have or are desperate to work with him. It’s odd because Bhansali’s oeuvre to date is somewhat underwhelming yet he has managed to cultivate a false image of himself as an auteur. What Guzaarish proves is how emotionally empty his films really are – the romance enacted by the characters does so on a rich canvas but it is a stylisation which reeks of self indulgence. If only he could rein in such self indulgence and spend more time with the scriptwriting process then maybe, just maybe, he might one day deliver a quality film. As for Hrithik Roshan, what can I say, he is apparently a star and an actor, but in reality, he is neither. In fact, he is nothing more than a mannequin who has sadly spawned an industry of similarly unresponsive mannequins.