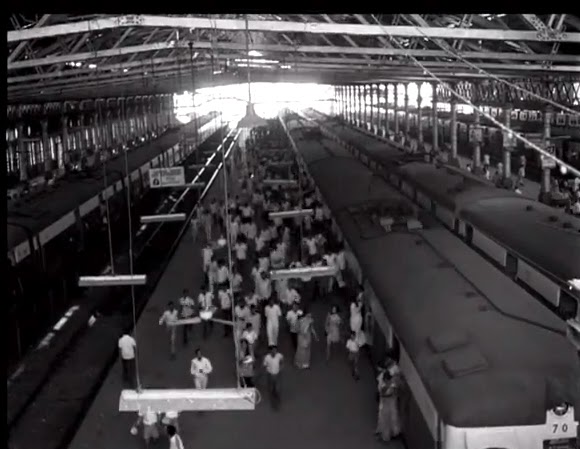 Financed by the NFDC, Awtar Krishna Paul’s debut film 27 Down signalled much promise but his career was tragically cut short when he died while trying to save someone from drowning. 27 Down is a restoration by the NFDC and has been released on DVD under its new Cinemas of India label. Beautifully shot in a noirish monochrome by DOP Apurba Kishore Bir and with a striking production design by regular Ray collaborator Bansi Chandragupta, 27 Down stands out as a key work from the parallel cinema movement. Although the central story about a train conductor and a young typist becomes a study of traditional and modern values, the foregrounding of the train as a key thematic shapes the tactile aesthetic sensibilities. The central character of Sanjay, a disenchanted train conductor, is someone who is born on a train, works and sleeps on a train, and falls in love on a train. Trains define Sanjay’s existence and such a prominent thematic relates to the way trains are such an integral iconographic presence in so many Indian films. In this context, the train becomes a source of refuge for Sanjay. The endless journey that a train can make and the carriages of anonymous passengers also maps an urban trajectory of loneliness for Sanjay, gradually isolating him in the train as a prisoner. Much of the semi documentary footage in the train and on the platform gives the film a realist tone that later complements the cynical decisions made by Sanjay’s father. This is a film to savour and deserves wider appreciation.